Donor-Advised Funds: How Do They Work? 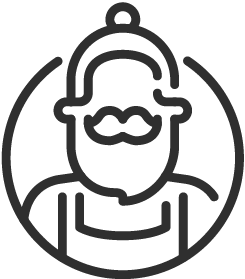 For many people, money feels like the kid who keeps picking on you in middle school. That is not how it has to be. Money should feel like your best friend, who you enjoy hanging out with, learning about, and spending time with. We are here to help you turn money into your friend by providing you with as much information as possible so that you can approach cash with lots of knowledge and information. We have felt like money was a kid picking on us, and we have also turned money into a best friend. We want the same for you.

Actions To Take When Choosing A Cryptocurrency Exchange
3 November 2021

Due to their greater ease of administration, donor-advised funds have steadily grown in popularity to become the fastest-growing financial channel for philanthropy. They serve as charitable investments channels giving philanthropists an appropriate platform to donate. Some donor-advised funds disburse contributions quickly, while others may disburse little amounts over time.

Donor-advised funds allow donors to maintain significant control over their contributions and democratize charity by enabling multiple donors to give to a high number of charitable causes. They also offer numerous tax advantages. Irrevocable donations qualify a donor to receive immediate tax deductions. The amount of tax deducted depends on several factors, such as the type of asset donated. Besides tax benefits, donors can pass their funds to an individual, a charity, or both when they die.

Donors can contribute to donor-advised funds in the following currency forms;

People can contribute as often as they choose. The contributions grow as more money is invested, which facilitates massive donation amounts. Contributors decide when to donate and which charity receives the funds. The sponsoring organization can make recommendations for making grants. A donor can make single or recurring contributions. They can also offer donations under certain brands or do it anonymously.

How Charitable Organizations Can Benefit

When a fund creator dies, the remaining funds can be distributed to approved charities, or they can have the account closed. The fund can also name a successor for the donor account when the initial owner dies. Authorities can also limit the number of deductible contributions made to donor-advised funds.

The culture of philanthropy in a country affects how donors give and provide charitable tax incentives. About three decades ago, donor-advised funds were still a new concept. They have grown increasingly popular owing to their immediate tax benefits and the ability of the donor to control account management. They also allow donors to donate non-cash assets. As a financial instrument, donor-advised funds allow donors to explore several charitable vehicles and maximize their giving strategy.